Keep Christmas in your heart . . . 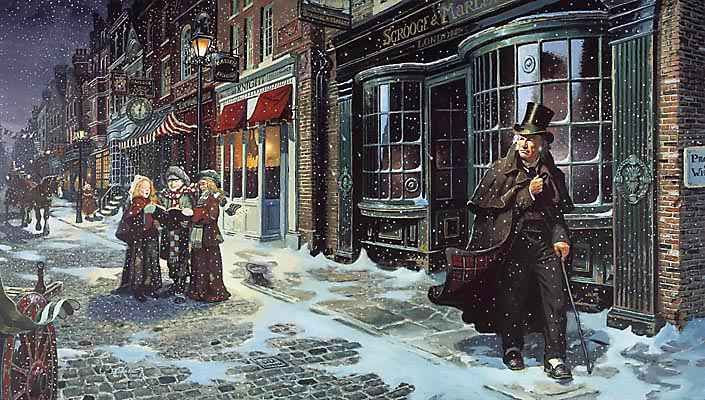 "There is always something in life to be thankful for. I will honour Christmas in my heart and try to keep it all year round. It transforms us. This is the season of Merry Christmases, friendships, cheerful recollections and affection. God bless every Christmas!"
~Charles Dickens

Charles Dickens, the famous Victorian author and novelist, wanted people to celebrate Christmas all year round, not just in December. The heartwarming days on both sides of December 25th meant a great deal to the man who created Ebenezer Scrooge . . . that selfish, Christmas hating miserly old man!

In Great Britian during the Industrial revolution of the 1800's there were a great many people who were very wealthy and who lived in great luxury . . . and at the same time there were many more people who lived in abject poverty and despair. Dickens remained a passionate advocate of optimism in the face of despair. 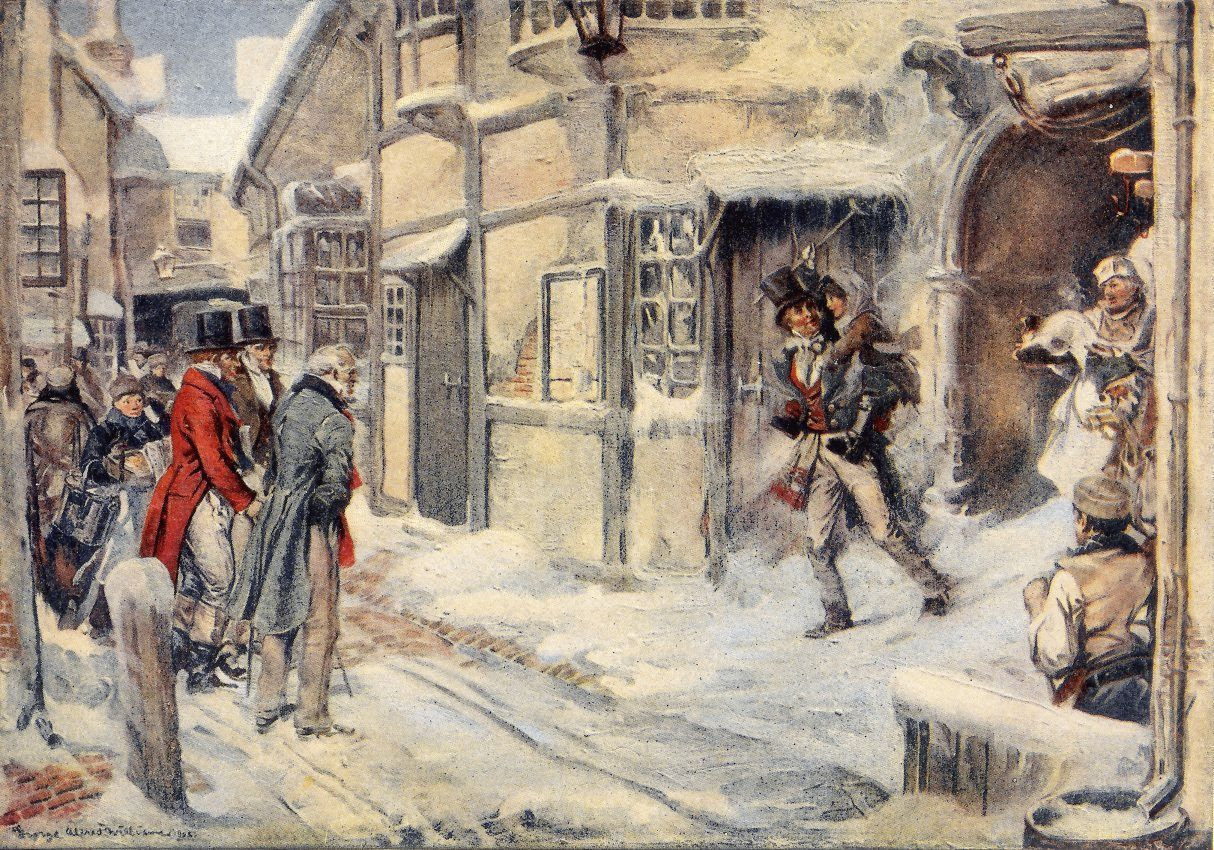 That was a time of great growth in my church, the Church of Jesus Christ of Latter Day Saints here in the UK. Thousands of the poor were converted and made their way to America . . . to Zion. In 1863, Charles Dickens visited the ship Amazon, as it prepared for departure with a company of English and Welsh Mormon passengers. After observing the cheerfulness of the emidgrants as they bustled about in final preparations for the voyage, Dickens admitted he was surprised.

"I went on board their ship, to bear testimony against them if they deserved it, as I fully believed they would; to my great astonishment they did not deserve it.

Dickens did not believe their religion, but he was impressed with their sense of direction, their ability to organize, their attitude of hopefulness.

"In their degree, these people were the 'Pick and Flower of England.'"

Great words indeed coming from so great and wise a man, and such an advocate for the poor and downtrodden . . . from a man who would keep Christmas in his heart all year long! 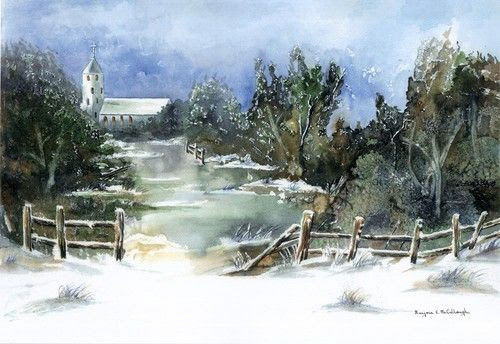 I awoke to several inches of newly fallen snow this morning. I am not sure what it means as far as us travelling to Neston to have Mitzie groomed today, as we were supposed to do, but it sure is pretty to look at! I do believe we may have that White Christmas this year. I apologize to everyone in the UK as it is all my fault. I have been praying for a White Christmas since I arrived on these green and verdant shores and my prayers have finally been answered!

Apparently there was an earthquake just north of us in Cumbria last evening about 11 pm as well! I am not sure if anything was felt down our way or not . . . I was asleep . . . but it did register 3.5 on the Richter scale. Apparently we get an earthquake of this magnitude every 12 to 18 months in the UK. You learn something new every day!

Here's a banana bread recipe this morning that is a little bit different. It has a chocolate batter marbled amidst the regular batter. Pretty to look at, low in fat and quite, quite delicious! 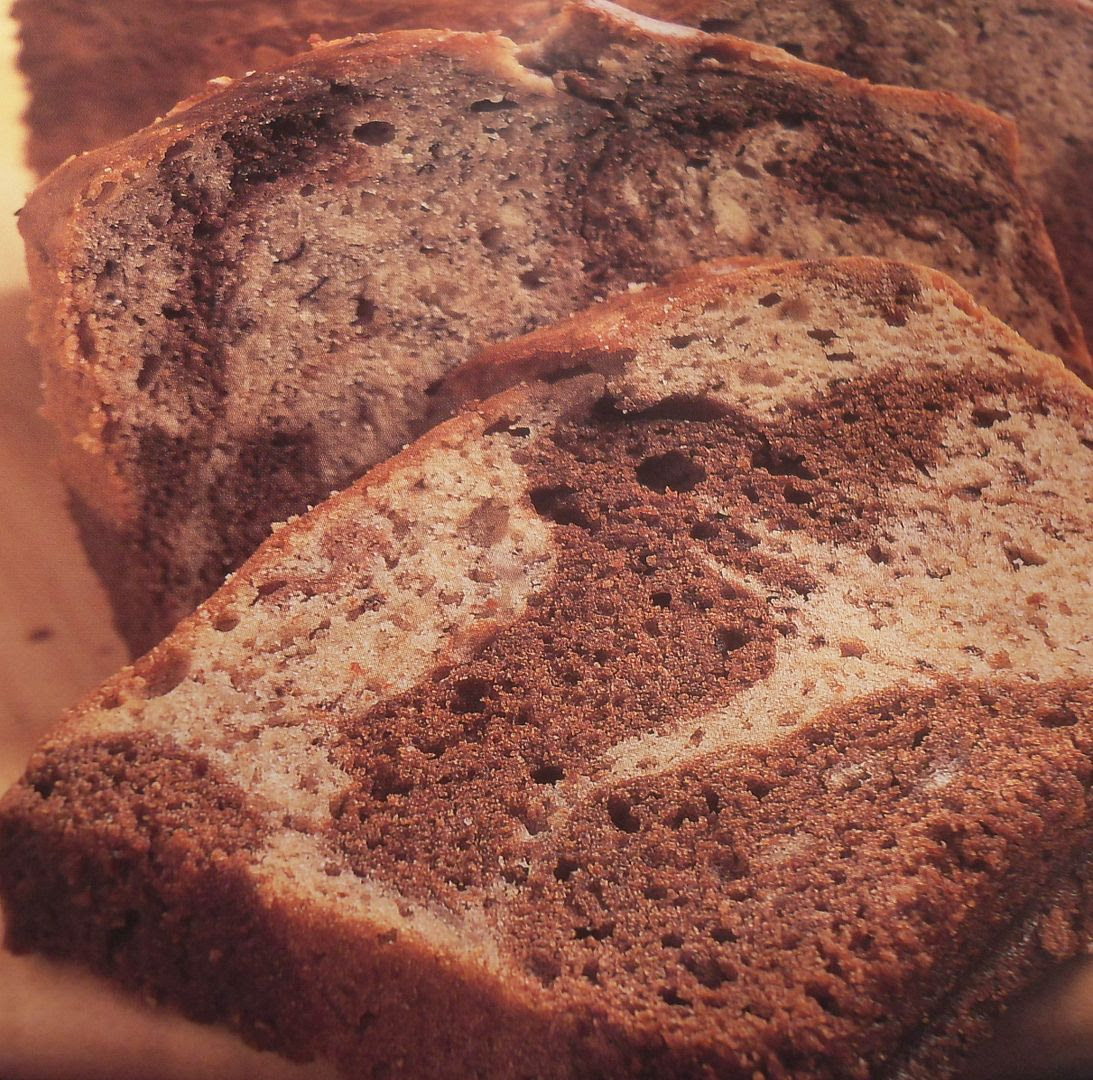 Absolutely irresistable! A real crowd pleaser any time of year!

Whisk the flour, soda, and salt together in a bowl. Set aside.

Beat the sugar and butter together until well blended. Add the bananas, eggs and yoghurt, again beating to blend together. Fold in the flour mixture.

Melt the chocolate chips in the microwave in a medium sized bowl, on high for one minute. Stir until smooth and cool slightly. Add 1 cup of the batter to the melted chocolate, stirring until well combined.

Spoon the chocolate batter alternately with the plain batter into the prepared loaf tin. Swirl together with a round bladed knife. Bake for 1 hour 15 minutes, until well risen, nicely browned and a toothpick inserted in the centre comes out clean. Cool in the pan for 10 minutes before removing to a wire rack to cool completely. 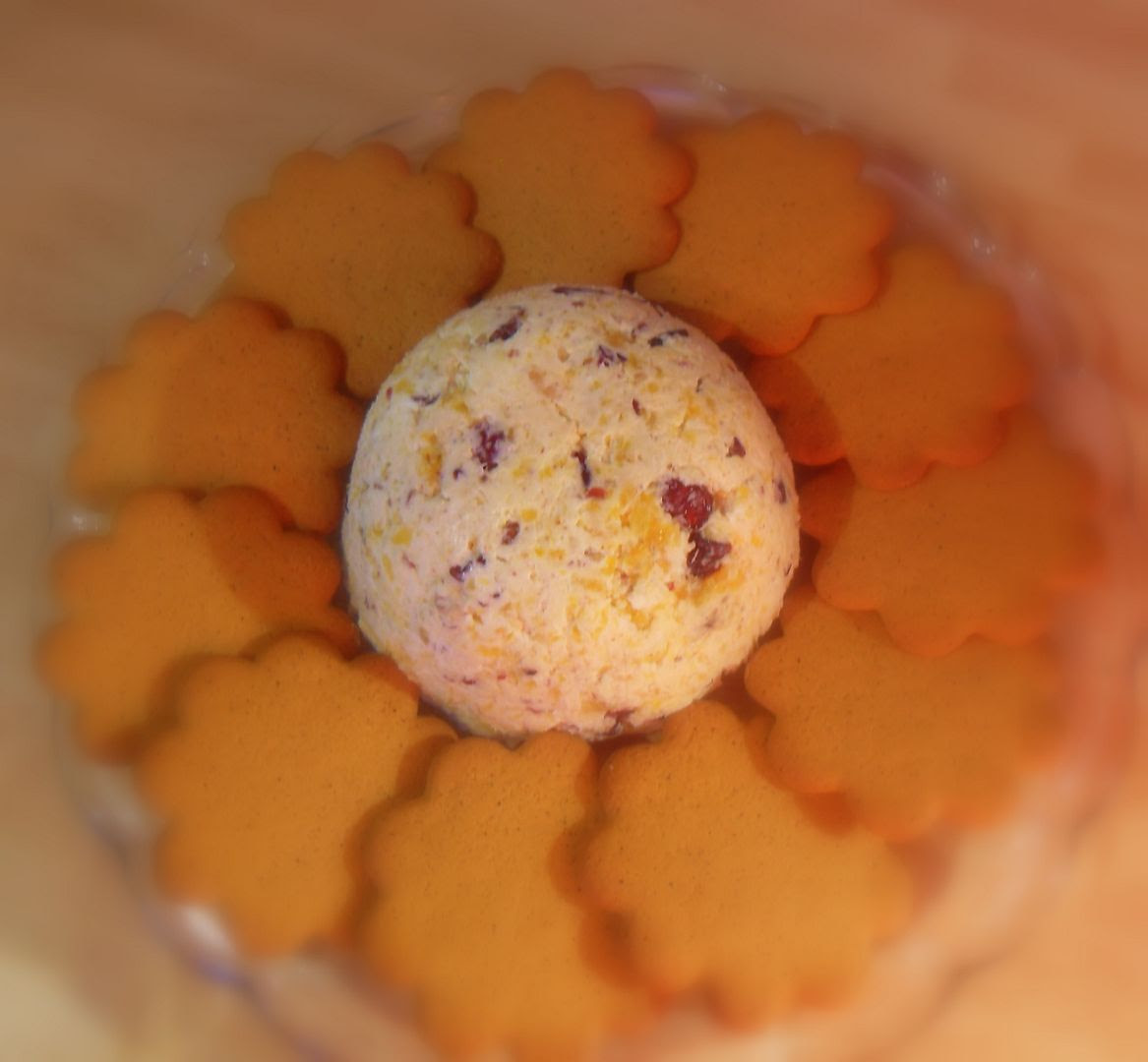 And in The English Kitchen today, a delicious Cheese Spread, filled with dried fruits and toasted nuts!