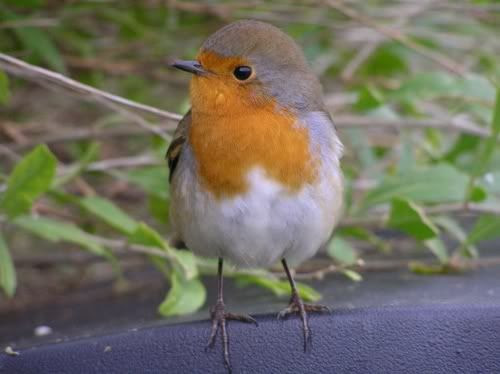 There are many positives to being able to live in a beautiful cottage in the rural English Countryside. The pace is a lot slower here and things are definitely a lot quieter. Our garden is full of lovely garden birds 365 days a year and, of course, we do everything we can to attract them. We have nesting boxes in the trees, several feeders, a birdbath and everything necessary to keep a bird bright and happy, right down to growing teasle in one corner of the garden as they love the seeds so . . .

This time of year, there is not so much for them to eat as far as insects and seeds go, and so our feeders are busy with daily visitors, and in the evening the large Lelandii hedge at the edge of the garden is bustling and alive with the sounds of the little dears bedding down for the night. 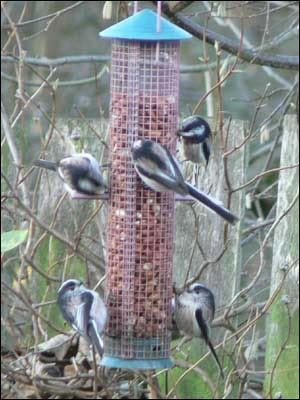 Daily, we are treated to the sights and sounds of many garden animals . . . squirrels, hedgehogs, rabbits . . . I love to watch them go about their business, although I do know that the Estate gardeners find them more of a nuisance than anything else.

There is a downside to some of this natural country life though, and it comes in the shape of very tiny and hungry field mice, that come into the house this time of the year seeking it's warmth and readily available food, just sitting there in the larder in flimsy packets, just waiting for them to partake. Really . . . who can blame them? 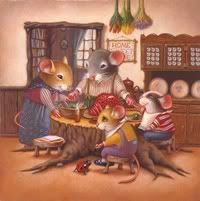 Yes . . . we once again have mice, and this time I fear. . . they are Italian mice, as they have been rumaging through my larder and have eaten through no less than four packets of dried pasta, nothing left of them except the empty packets with tell tale ragged holes chewed into the sides and some quite visible calling cards left behind.

I thought it was rather strange the other night as Todd and I relaxed on the sofa watching a film and I heard a funny noise coming from the larder, sort of like something falling or dropping from that corner of the house. I was much too tired and feeling far too lazy to go investigate it at the time, and really, it hadn't been a loud noise . . . more like a soft plop. My larder shelves are always full to overbursting with goodies and so I thought perhaps a packet of cereal or some such had fallen down. Plenty of time to rescue it in the morning. 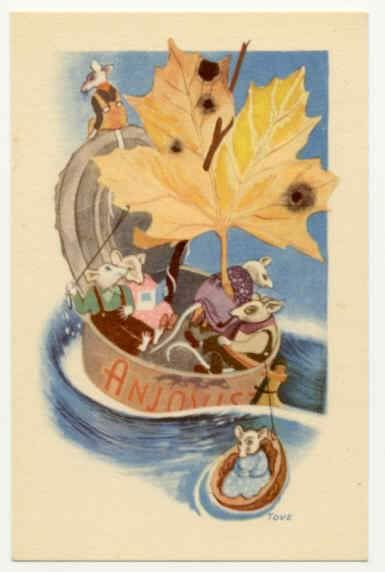 Next morning, in the early dawn, I slid the larder door open to investigate and a packet of delicious egg noodles, the expensive Italian ones, was laying on the floor by my feet. It appeared completely untouched . . . quite unlike the near empty packet of fusilli which lay nearby, a hungry little hole chewed into the side of the packet. Oh dear, I thought . . . mice . . . again.

We have had problems with them from time to time and it's always a real nuisance. We have tried humane traps, but they are largely ineffective. I hate to do anything to them really, but it's not that healthy for us to have them in the house, and, as anyone knows, mice can be very prolific so it's best to get rid as soon as possible. 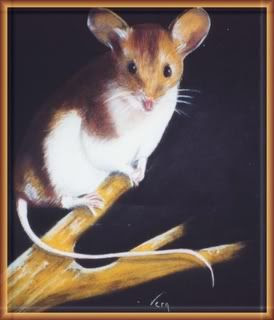 After work that afternoon, when I had more time, Todd and I did a thorough investigation of the larder and found several things they had gotten into, but mostly it was the pasta. There was a packet of pizza dough mix eaten into as well, once again affirming my idea that these were indeed Italian mice.

We ended up taking everything that was not in a jar, can or plastic container out and moving it to another location while we tackled the problem, which did make for a lot of lugging and shifting, but the larder probably needed a good sort out anyways. It always seem to get so messy after a time . . . a organizing sort out is always a welcome exertion. We hoovered out all their calling cards and washed the shelves with disinfectant.

We then decided that we need to build some more shelves in there, and so the stuff is still laying upstairs in our lounge while we wait for Todd to go get the necessary planks and brackets to do a proper job. I was in the larder today trying to figure out how they are getting in. There is rather a large hole down in one corner where some plumbing pipes seem to be situated and, on inspection, I discovered an empty crisp packet . . . cheese and onion . . . stuffed into the hole, with the telltale ragged hole chewed in it's side as well. Clearly they have eclectic tastes.

Then a bit later on when I was moving some of my rubber maid plastic storage boxes around in the bedroom which lays directly above the larder I found a dead and flattened mouse under one of the boxes . . . perhaps I should get myself a cat, an Italian cat . . . you know . . . one that speaks the same language . . .

Pudding in North America has a completely different meaning than pudding over here in England. Here the term is used to describe any variety of desserts . . . some stodgy, other's not, all delicious. Back home in canada it is a term used to describe a thick and milky cooked custard type of affair and comes in many delicious flavours, one of my favourites being . . .
Posted by Marie Rayner at 18:08

Email ThisBlogThis!Share to TwitterShare to FacebookShare to Pinterest
Labels: Dessert